RecDesk now offers an Invoice Me (Pay Later) option for those customers who would like to allow their Community Members to register for Programs, enroll in Memberships and make Reservations Online, but Pay Later. The default is Credit Card (Pay Now) Only. The options are:

In the event that the Pay Later option is selected, an Invoice is created (registrations/reservations/memberships processed) with appropriate balance due. You can read more about setting up this option in our Online Help Guide.

As Shown on RecDesk Community Mobile 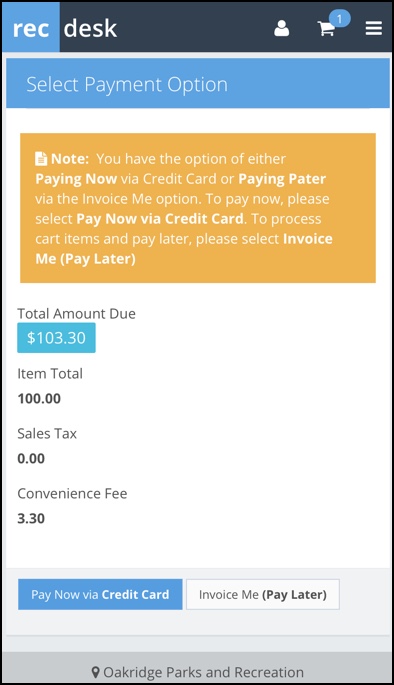 We're excited to introduce the all new RecDesk Support Center! It's a great upgrade from our current help guide and...

We rolled in a release last night that included (a) enhanced Multi-Program Selection for a streamlined approach to acrivity r...